Here is what we have been reading this past month:

Unlocking Africa’s potential: The relationship between effective governance and poverty

Our friends at the Institute of Security Studies (ISS) in Africa have been long standing advocates and practitioners of the importance of strategic long-term planning in Africa. One of their recent reports is on SDG16 and the future of governance “Unlocking Africa’s potential: The relationship between effective governance and poverty.” This work uses Barry Hughes’ and the University of Denver Pardee Centre for International Futures’s dataset and tool to create base forecasts and explore relationships and dynamics around future developments in African governance. There are some very nice quotes from this work which make the link between the global goals, governance and foresight:

Why participative foresight conversations on the future are important:

“More recently, the academic and policy focus has shifted in favour of economic, political and social inclusion as other key elements of the ‘good governance’ agenda supported by donor governments and multilateral institutions. This shift has led to the emergence of a norms based governance agenda in Africa that is both effective and inclusive (in terms of participation and contestation) on the grounds that such a state will deliver better development outcomes than developmental states.” (page 7)

“That many of the targets of Goal 16 lack clarity, however, does not make them less instrumental to poverty reduction than other goals. In fact, some targets of Goal 16, in particular target 16.6, could have powerful effects on poverty reduction in developing countries, especially in Africa. Target 16.6 aims to ‘develop effective, accountable and transparent institutions at all levels’ as a pathway toward the cultivation of good governance.” (page 12)

Also read: “The future of Democracy in Africa,” a complementary study looking out to 2070, building two scenarios for democracy on the continent.

In November Cat Tully attended an interview with Alan Moore, author of Watchman, V for Vendetta and most recently Jerusalem at a Guardian Live event. You can listen to the podcast of this amazing conversation here. Missing, though, is Cat’s question about how the author plays with the concept of time in his works and also about if he is optimistic about the future. Given he is Cat’s favourite author, we are doing our best to bring him in as a guest speaker at SOIF2017. 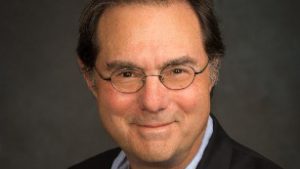 A former SOIF Retreat guest faculty member Michael F. Oppenheimer recently wrote an Op-ed for CNN about the future of Trump’s foreign policy team- “Trump team doomed to repeat Bush’s mistakes.” Here Michael goes though the foreign policy team that is being built and what repercussions it may have for the next four years and beyond.

Finally another important reflection on the Trump victory comes from  Pavel Atanasov and Regina Joseph, in their Washington Post Op-ed on why the forecasts got the Trump victory wrong.  This article exhibits a small bit of the amazing work that Regina is doing, including on how to discern the weak signals from the noise around us. The article is titled,” Which election forecast was the most accurate? Or rather: the least wrong?“.