Dr. Tomas Ries is Senior Lecturer (Assistant Professor in the US) in Security and Strategy at the National Defence College, Stockholm, Sweden.

Dr. Ries has worked with security studies since 1979. His three main interests are:

2. The epistemological and practical challenges of the new security environment.

3. The essence of strategy and security.

During the Cold War (1979-1992) he focussed on the US-Soviet strategic nuclear relationship in the Arctic, Soviet military interests and grand strategy in the north, nordic security and Finland’s security policy. These topics are now once again taking up more of his time.

He has written two books and over one-hundred articles and research studies. 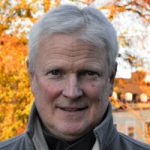