Sophie was appointed as the first Future Generations Commissioner for Wales in February 2016. Her role is to act as a guardian for the interests of future generations in Wales, and to support the public bodies listed in the Well-being of Future Generations (Wales) Act 2015 to work towards achieving the well-being goals. Prior to this role, Sophie was the first Deputy Police and Crime Commissioner for South Wales. In this role, she led programmes to tackle violent crime and violence against women and girls, focusing on early intervention and partnership working. She reformed programmes on substance misuse and offender management and negotiated the first shared work programme between Public Health Wales and South Wales Police.

With a background in equality and diversity having managed the legal department in the Equal Opportunities Commission and subsequently as a policy adviser in the Equality and Human Right Commission, Sophie chaired and wrote the report of the Councillors Commission Expert Panel on increasing diversity in Local Government. Sophie served as a County councillor in Cardiff – having been elected at the age of 21 she became the youngest Councillor in Wales. During her nine years as a Councillor she was Deputy Leader of the Opposition for a period, as well as a member of the Children and Young People Scrutiny Committee.

She is currently a member of the Wales Committee of the Equality and Human Rights Commission. 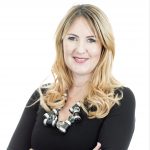