Lewis is a freelance researcher with a particular interest in government, data, and new technologies. He previously worked at the Institute for Government, first on its Brexit team – and subsequently on the Institute’s digital government programme. Most recently, he published a report on how innovations in digital technology could be used to improve government policymaking, helping make it better informed, more collaborative, and more open to public participation. 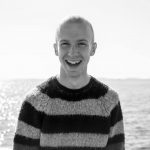