With over 34 years of international experience, Rosemarie Forsythe has worked as a scholar, diplomat, U.S. policymaker and business executive in the former Soviet Union, Europe, the Middle East, and Asia. For the past 15 years, Ms. Forsythe managed government relations issues for the ExxonMobil Corporation (EM), dealing with some of the most sensitive and high profile projects in the company.  Until March 2013, She was ExxonMobil Corporation’s Director, International Political Strategy and advised the CEO and Management Committee on devising long and short-term business strategies for the company’s business around the world.  For more than a decade, she sat with the Management Committee (MC) of the Corporation as they reviewed every major project and advised the MC about how to deal with any government relations issue in every part of the world.  Early on in her tenure at the company, she proposed a new government relations framework for the Corporation to deal with political challenges arising from a fundamentally new exploration and production profile, which involved many more politically volatile countries.  This involved analysis of the political profile of EM’s production and exploration targets, creating new training programs, finding new personnel, identifying key challenges and opportunities, and formulating new kinds of approaches and strategies towards different kinds of governments.  For more than a decade, she gave an annual global trends analysis and helped formulated a long-term company strategy for dealing with those trends. In addition to her global responsibilities, Ms. Forsythe also worked on special projects focused on particular regions.  For example, from 2005-2006, Ms. Forsythe served in a special assignment as Vice President, ExxonMobil Russia, Inc. while also fulfilling her global responsibilities.  Before the merger of Exxon and Mobil, Ms. Forsythe was the Mobil Corporation’s Vice President for Government Relations Eurasia from 1997-99.  In that capacity, she covered the countries of the former Soviet Union, Turkey, and Iran. Prior to her career in the oil and gas business, Ms. Forsythe was a US diplomat and policymaker for over 15 years.  From 1995-1997, Ms. Forsythe was the U.S. representative at the European Parliament in Brussels and Strasbourg and covered EU enlargement issues.  From 1993–95, Ms. Forsythe served as Director for Russian, Ukrainian and Eurasian Affairs at the National Security Council of the White House and directly advised the President and Vice President of the United States.  In that position, she helped formulate and manage complex U.S. policies toward the post-Soviet states.  In addition, she created and headed in 1993 the first USG interagency groups on the newly independent states in Central Asia and the Caucasus and on Caspian energy issues.  During that time, she was involved in the successful negotiation of the 1994 Nagorno-Karabakh ceasefire, which holds to this day between Armenia and Azerbaijan; the denuclearization of Kazakhstan, Belarus and Ukraine; and the successful government negotiations leading to complex pipeline agreements for the Baku-Ceyhan and Baku-Supsa pipelines in the Caspian regon. Ms. Forsythe served as a U.S. diplomat in the Soviet Union, several post-Soviet states, Europe, Asia, and at the U.S. State Department in Washington, D.C.  During a 1989-91 assignment in the USSR, she was the principal contact with Soviet Republic Presidents during the breakup of the Soviet Union.  As such, she was directly and very successfully involved in US-Soviet relations at a very historic moment.  Her duties involved everything from giving the USG an accurate sense of the complex politics evolving in the Soviet Union and covering wide-ranging unrest and political turmoil throughout the USSR to delivering key US messages to Soviet officials and the opposition and promoting US policy in all 15 Soviet republics. Ms. Forsythe also served as a Soviet affairs analyst at the Rand Corporation, the U.S. Department of State’s Bureau for Intelligence and Research, and the Foreign Demographic Analysis Division of the U.S. government.  In addition, Ms. Forsythe was also a 19th century American art dealer for several private collectors and museums from 1974–1984.  Trained internationally as a jeweler, she makes professional-grade fine jewelry collections for the benefit of numerous charities around the world. Ms. Forsythe holds academic degrees from the University of California at Los Angeles (MA and PhD work), Columbia University (MA), and Indiana University (BA) in Political Science and Soviet Area Studies.  She currently serves on the Board of the Center for Non-Proliferation Studies and served on numerous non-profit boards throughout her career, including the Atlantic Council, the Center for Strategic and Budgetary Assessments, the Dallas World Affairs Council, the Dallas Committee on Foreign Relations, etc.  She is a member of the Council on Foreign Relations, the Aspen Institute’s Socrates Society, the Royal Institute of International Affairs, and the International Institute for Strategic Studies in London.  She has also spoken frequently and published monographs and articles on global political economic, social, and economic risk, political risk, oil/gas issues, general US foreign policy issues, and many regional political issues, particularly in Eurasia. 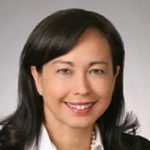